Please see my “Contacts & Terms” page for covid-19 guidance.  For those who can’t travel to London at the moment, please see my “Virtual Tours and Lectures” page for virtual alternatives during this difficult time

All themed tours can be included in a tailor-made tour or enjoyed on their own as a private group tour.  Private group tours last approximately 2-2.5 hours.  Normal minimum group size 15, maximum group size 25 (but group sizes will be determined individually during the covid-19 pandemic, based on circumstances).  Normal cost £10 per person / concessions £9 (these prices will be held summer/winter 2020, but may well need to be revised in 2021 to allow for smaller groups – prices will be updated here) 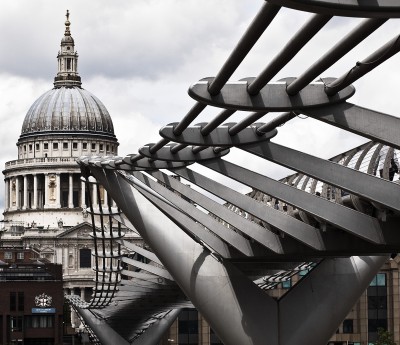 London is an incredibly popular film location. In this 2.5 – 3 hour walking tour we will explore the places where some of the most iconic British films and TV series were filmed including;  James Bond, Harry Potter, Sherlock Holmes, Doctor Who, Mary Poppins, The Crown and Rom-Coms starring the likes of Hugh Grant and Rene Zellweger.

We will learn about the locations themselves and then see how directors were able to use the locations to create historical, modern and fictional film and TV locations. We will enjoy back stage gossip, discuss why particular locations were chosen and recreate iconic film scenes ourselves!

If you want to see central London from a whole new perspective, then this tour is for you!

Note: Please bring a travelcard or Oyster card as we will be taking 1 or 2 bus journeys in the middle of the tour.

A longer 6 – 6.5 hour version of this tour is available for those who want to explore film locations throughout London and go inside a popular filming location.  I also offer more in depth tours for: 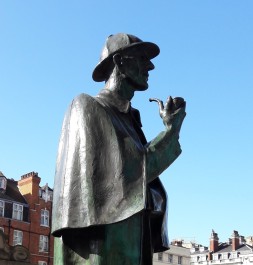 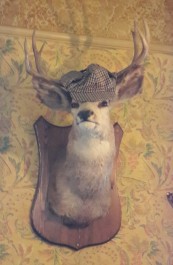 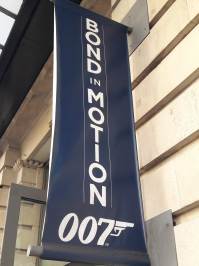 The Evolving City of London 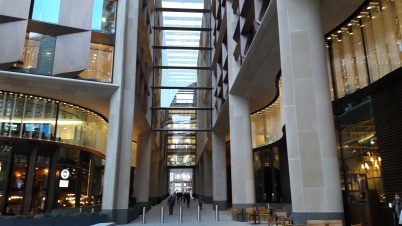 The City of London is changing as never before.  1950s and 60s buildings are being torn down and 21st century buildings rise in their place.  New skyscrapers with ever stranger nicknames join the skyline and new buildings in ever stranger shapes fill the irregular plots of building land.  More varied building materials are used, from beautiful bronze to pearlised glass to coloured mirrored glass.  Ancient Roman and medieval passageways are being opened up across previously closed sites and even ancient waterways are remembered.

This tour starts with post-World War 2 rebuilding and visions for a new London, before exploring buildings designed by the great names of 20th and 21st century architecture such as Richard Rogers, Norman Foster, Terry Farrell and James Stirling, and ends with a vision of the future exploring the “Eastern Cluster” (around the Cheesegrater and the Gherkin) where new buildings are in the process of being built and planned.

The tour begins at Barbican tube station and ends in the centre of the City (a short walk from Bank tube station) and lasts approx 2.5 hours. 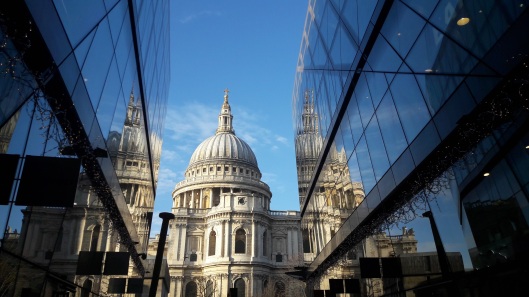 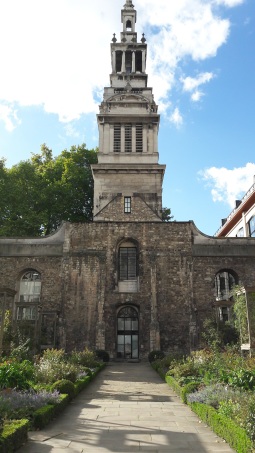 Take a meander through the City of London as Christopher Wren might have known it.  Explore the medieval alleyways and street layout that contributed to the spread of the Great Plague in 1665 and the Great Fire of London in 1666.  Learn how the fire began, spread and who was blamed and see how it was remembered.  The later 17th century was also a crucial period in the development of London as a financial centre so we will explore the coffee houses where great financial institutions were born.

Post-fire Christopher Wren was the dominant personality in London’s rebuilding, shaping how the City was rebuilt.  He also oversaw the building of 51 City churches as well as his masterpiece St Paul’s Cathedral.  We will admire some of the best examples of work, and learn more about him as a man, what inspired him and how his architectural style developed.  We will finish by  reflecting on the role of the Blitz, the 2nd Great Fire of London, in shaping his legacy and the City of London as we know it today.

Available as a half day or full day tailor-made tour, for those who want to allow time for shopping!

London is a shopaholic’s heaven!  This tour focuses on the story since the 17th century when shopping moved from the old City into a “West End”.  We start in one of the oldest West End neighbourhoods, aristocratic St James’, exploring the small traditional shops where a gentleman can still buy his wine, hats, shirts, ties and toiletries.  We visit one of the oldest shops in London, Fortnum and Mason, still famous for its fabulous food courts and grocer to the Queen.  We will then meet the first celebrity trend setter, famous for the way he dressed in early 1800s London, and stroll through some of the elegant covered arcades of exclusive shops that were built to cater to Regency tastes.  We will explore luxury shops on glitzy Old Bond Street famous for its jewellery shops, and traditional Saville Row, famous for bespoke tailor-made suits. 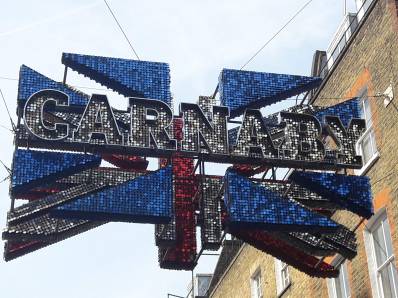 Our story continues on the grand arcade of Regent Street, built as part of a “royal mile”.  The more down at heel Carnaby Street took off in the 1960s as the centre of “swinging London” and is lined with individual boutiques today.  Our wanderings will take us past Liberty, one of London’s most iconic department stores famous for its association with Arts and Crafts designers such as William Morris.  Finally we reach Oxford Street, London’s main shopping street today.  We will learn how it developed and explore some of the great flagship department stores based here, including the brand that is the largest workers’ co-operative in the world. 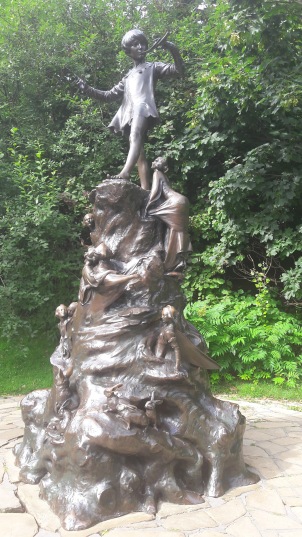 We will also discover how the parks evolved over the centuries and highlights of the parks today.

The parks as we know them today were shaped by kings and queens from history; including a king who suffered from asthma and so fled dirty, smoky Westminster for the clean air of Kensington, a queen whose happy loving marriage inspired a beautiful water feature and a king whose affairs were responsible for a complete absence of plants elsewhere in the parks.

This walk includes Green Park, where we will discover why it is so green, all the memorials of Hyde Park Corner especially those linked to the Duke of Wellington, the memorials and statues of Hyde Park, the tranquil Serpentine and Long Water and the elegant landscaping of Kensington Gardens which frames Kensington Palace.

Hidden amongst the bricks and concrete of the City of London, the oldest part of London and today the financial district, you can find oases of greenery and explosions of colour, as long as you know where to look!

In the morning we will explore some of the unique gardens in the City, including church gardens, historic graveyards, water gardens and perfumed medicinal gardens.  We will enjoy the incongruity of gardens next to Roman ruins and buildings by award winning modern architects, and discover the beautiful gardens unintentionally created by the Blitz of World War 2.  If possible, we will also visit a stunning roof garden floating above London on top of one of its iconic skyscrapers. 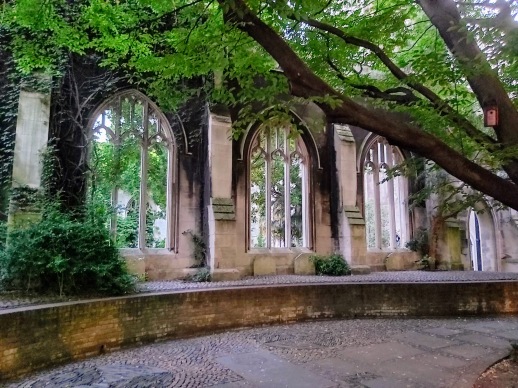 From the City of London we will travel west to leafy Kensington to explore one of the most beautiful royal parks, Hyde Park and Kensington Gardens.  Together these form the largest of London’s royal parks, at approximately 625 acres, and are divided into lots of individual areas with their own feel and character.

From here we will travel south to Chelsea, the elegant and fashionable neighbourhood on the banks of the river Thames.  We will admire the architecture and setting of Christopher Wren’s 17th century Royal Hospital Chelsea, home to the famous Chelsea Pensioners in their red uniforms.   Today its grounds are most famous for hosting the annual Chelsea Flower Show, the premier garden show in the world. 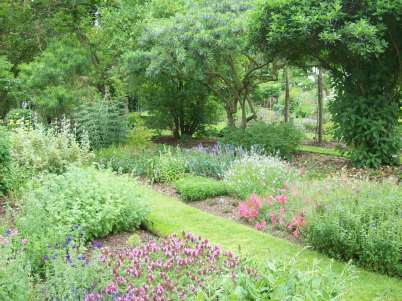 From the grandeur of the Royal Hospital to the domestic, homely feel of Chelsea Physic Garden, one of the oldest botanical gardens in England.  Founded in 1673 by the Society of Apothecaries and at just under 4 acres, it forms a secret walled paradise of “useful” plants.  We will take a tour of the garden to learn all about medicinal plants and their uses, from willow tree which is the source of aspirin, to poisons used by Agatha Christie in her novels.  We will also see ancient ferns and gingko trees and plants used today in perfumes, cosmetics, dyes and land restoration.

The tour lasts all day with breaks for morning coffee and lunch and involves a couple of tube and bus journeys across London (so please bring a travelcard or oyster card).  Normal cost £20 per person (concessions available) plus entrance to Chelsea Physic Garden (approx £10) with a minimum group size  of 12 and maximum group size of 20 (to be confirmed during the covid-19 pandemic). 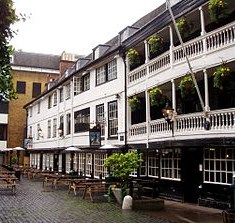 London is all about good food and drink!  This 2 hour tour is focused in Southwark, historically the centre of London’s brewing and food processing industries, nicknamed “London’s larder”. With beer and inns famously came entertainment, and Southwark was known as London’s “party district” in Shakespeare’s time.

We will explore some of these medieval, Shakespearian and industrial links whilst also enjoying some of the most iconic Thames views including the Tate Modern, Globe Theatre and Millennium Bridge.

The tour lasts approximately 2 hours and includes a visit to a bustling food market and ends at one of the oldest pubs in London!  Sundays should be avoided as the market is not open.

Are you organising a social outing – a corporate event, stag / hen do or school reunion?   I can provide bespoke treasure hunts suitable for the age and interests of your group, either within a small area that can be covered on foot or using public transport across London.

For example, what about a “Noah’s ark” themed treasure hunt across Westminster and the City!  How many animals do you think you could find?  I can give you clues to help you track down an elephant, camel, grasshopper, a cat eating oysters and even a glow worm! 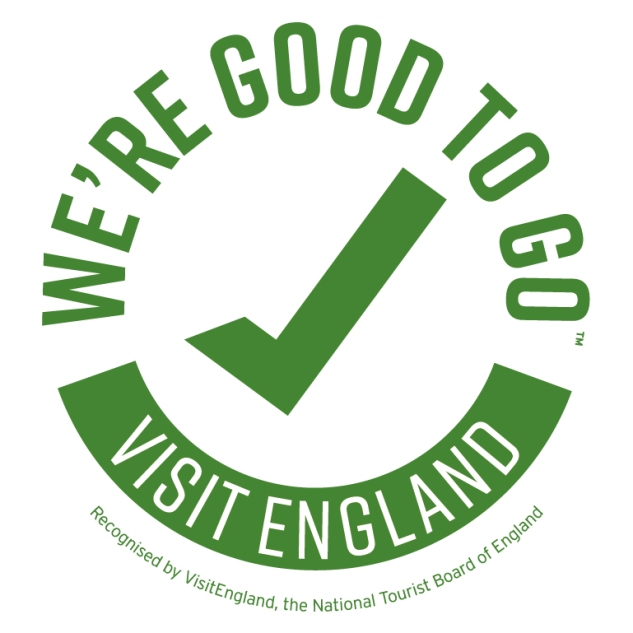